Together with the NSW Department of Education, the Foundation manages awards that acknowledge excellence in NSW schools across a range of categories:

2018 Minister’s and Secretary’s Awards for Excellence EXCELLENCE AND SERVICE RECOGNISED IN PUBLIC EDUCATION ACROSS NSW

Ninety-one individuals and schools from across NSW have been acknowledged for their outstanding achievement and service to public education in today’s Minister’s and Secretary’s Awards.

The awards recognise those who have made major contributions as role models to their peers, their schools and school communities, celebrating excellence within the State’s public education system.

The Secretary of the Department of Education, Mark Scott, said the range of achievement within public schools reflected in the awards was a source of great optimism for the future of the system.

“Whether it is students’ academic excellence preparing them for jobs of the future, teachers’ innovation in guiding and supporting them, support staff or whole-school and community efforts helping our schools be their very best – everyone is helping to lay solid foundations for our future society,” Mr Scott said.

The department acknowledges the Institute of Public Administration NSW for sponsoring the Awards, which are administered by the Public Education Foundation.

The Foundation’s Executive Director David Hetherington said the Foundation was delighted to work with the department in acknowledging the achievements of students, education staff and parents.

“These Awards celebrate the many extraordinary achievements and initiatives in public schools across the State,” Mr Hetherington said. 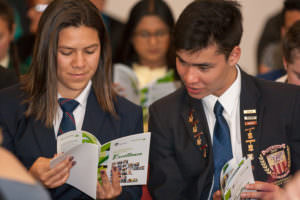 Recognising outstanding year 12 students who have excelled in their secondary years across  academic excellence, sporting, cultural, community and leadership. 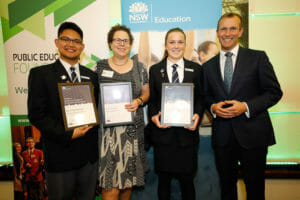 Recognising teachers who deliver the highest quality education to their students and contribute to their professional communities. 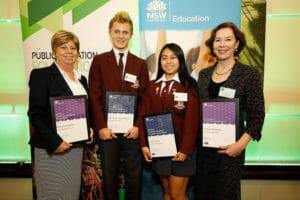 Recognising NSW Department of Education employees who have shows outstanding effort in improving the quality of teaching and learning outcomes in the NSW Public Education sector. 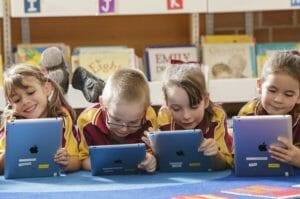 Recognising a NSW Public School’s commitment to teaching and learning outcomes, leadership, supporting their students and/or creating a sustainable learning environment via programs or initiatives. 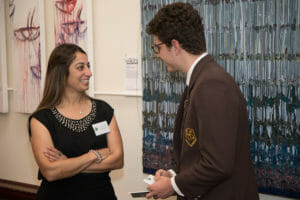 The Award recognises NSW public schools which create a sustainable learning environment through a certain project. Parent of the Year

The Public School Parent of the Year Award is presented to parents, guardians and caregivers who have made a significant contribution to their local NSW public school community.

Processing...
Thank you! Your subscription has been confirmed. You'll hear from us soon.